Coping with cancer in children

When a child is diagnosed with cancer, all efforts are directed at caring for the child. But research shows that caring for their families and those around them can be just as important.

More than 1,700 children in Canada will be diagnosed with cancer this year. Most often, the illness arrives without warning.

It can be a wrecking ball for parents, who see their families smashed. It can be a double blow for grandparents, trying to comfort their child and cope with a deadly illness in their grandchild. For the child, it can be the monster under the bed come to life.

In the face of overwhelming challenges cancer presents to families, research by University of Calgary psychosocial oncology expert Nancy Moules suggests what parents and grandparents can do to cope.

“Cancer is more than cells gone wrong,” says Moules, who is a scholar, a registered nurse and a professor in the vanguard of research that considers how cancer affects families. “Cancer can pull parents apart, make grandparents feel helpless, alter children’s lives in so many ways.”

Moules holds the inaugural $1-million Kids Cancer Care Foundation Chair at UCalgary, created to put the spotlight on psychosocial oncology and consider various aspects of the stress on family relationships.

The work she does goes beyond the medical care that aims to remedy the child’s illness. It raises awareness about the stresses families feel when their worlds are ruptured.

Moules has found that, in cancer’s wake, help can be passed like a baton from one family to the next. The problem for many families is finding the right words. So often there aren’t any that seem to work. One solution is to learn from others and, in doing so, extend a helping hand.

Numbers tell only part of the kids' cancer story

While medical advances have been made, the causes of most childhood cancers have yet to be determined. Leukemia, lymphoma, sarcoma, neuroblastoma, retinoblastoma and more have little regard for geography, class or ethnicity.

Forty years ago, childhood cancer was considered pretty much a death sentence, but 80 per cent of children diagnosed with cancer today are expected to survive. There are approximately 30,000 childhood cancer survivors living in Canada. And still, it’s the top disease killing children aged six months to young adulthood.

The problem for many families is finding the right words. So often there aren’t any that seem to work.

Even for the families whose children survive cancer, there are daunting challenges. Depending on the type of cancer, persistent side effects can include blindness, deafness, motor impairment and cognitive challenges. Disorders will affect 60 per cent of survivors.
For parents and grandparents, these dizzying numbers are reduced to the look on their children’s faces.

“Statistics are human beings with the tears wiped away, as has been acknowledged elsewhere,” says Moules. “The research that we do looks at the tears.”

Mom turns her loss into hope

Allison Campbell faced her worst fears when her five-year-old daughter, Madeline, was diagnosed with a brain tumor. Her marriage with her husband, Peter, was torn apart, leaving the Calgary couple to cope with the horror of their daughter’s illness, as well as their marital problems.

“Leading up to her diagnosis, there was a lot of disconnect, because he thought she was acting out and that I was giving in to her,” says Allison. “With her diagnosis, I think a lot of guilt came for [Peter], so he kind of retreated. Our relationship was only two years old. Things just got worse and, at one point, I asked him to leave.”

Remarkably, Madeline went into remission for three years. Her parents mended their marriage and had a new baby boy. But, only weeks after he was born, Madeline’s brain tumor symptoms began to show again. The little girl died four months later.

“It was devastating,” says Allison, who now has three children and aims to be a palliative care social worker. “We were able to get through it as a couple because our experience from the first time Madeline was diagnosed helped us to learn. This time, Peter was more involved in the decision-making. He was my rock. We had become much more communicative.”

Two years after Madeline died, Allison took part in Moules’ research that considers the effects of childhood cancer on parents. She was eager to help others by telling the before-and-after aspects of their story.

“I decided to participate because I thought I could offer some insight to other parents, given what we’d gone through,” Allison says. “When you are in the thick of things, you just don’t know where to turn.”

ACH and the university work together to improve childhood cancer care and seek cures, bringing together child-health specialists and researchers with expertise in pediatric cancer for various projects. More than 860 children have active or long-term follow-up cancer care at the hospital.

"For many families, talking about their experience is a way of processing them. The response to the studies showed their need to talk about what they were going through."

When Moules started to do her research on parents and grandparents several years ago, she thought she might struggle to find study participants. Instead, she discovered she actually got too many volunteer requests.

“I had over 100 email inquiries, just about the parental study,” Moules says. “For many families, talking about their experience is a way of processing them. The response to the studies showed their need to talk about what they were going through.”

The parental study looks at how parents deal with their child’s illness, both during and after treatment.

Moules’ research on grandparents was published in 2012 in the Journal of Pediatric Oncology Nursing and she was invited to Drogheda, Ireland, where she spoke about psychosocial oncology on radio programs there. Moules’ study on how cancer affects adolescent sexuality got underway two years ago and will likely be finished this fall.

The pain that families feel when a child has cancer drives their quest for answers.

Moules has spent countless hours on the phone and face to face with grandparents and parents of kids with cancer who feel overwhelmed as well as frustrated. These interviews and discussions give rise to one main problem.

“They want to be heard,” says Moules. “They want the doctors, the nurses and other front-line health-care professionals to listen. So, as a researcher, it’s my job to listen to them and to make sure they are heard.”

"Some say we can’t tell grandparents information because we don’t have the legal right. Even asking how things are going and recognizing it is doubly hard for grandparents can be a help.”

The solution is not as easy as it might appear. Hospital protocols and health-care culture that can differ by region are part of the problem. Just trying to complete daily tasks to ensure the child receives proper care can exhaust the time otherwise spent with the patient’s family.

Even given these challenges, if health-care professionals were to make family contact a priority for just a few minutes as a way to acknowledge their questions and pain, it can go a long way, says Moules.

“For a health-care professional to simply sit down on a bed or in a chair for four minutes, the patient and the family feels heard," Moules says. "Some say we can’t tell grandparents information because we don’t have the legal right. Even asking how things are going and recognizing it is doubly hard for grandparents can be a help.”

Solutions for families of kids with cancer

One of the things that parents and grandparents can do is to regard their own roles in the health-care system as collaborators, says Moules.

“If they approach professional health-care providers with the goodwill intention of forging a reciprocal, collaborative relationship, it is most often received as such.”

Talking the issues through within the family is beneficial, she suggests.

“It appears that the families that thrive the most are those that share their feelings, worries, concerns, fears and joys,” says Moules. “Other families get very caught up in protecting each other from their own feelings and, in this heartfelt attempt at protection, they end up isolating – and feeling isolated and alone.”

“It appears that the families that thrive the most are those that share their feelings, worries, concerns, fears and joys.”

There are multiple online resources available to many subgroups of family members, including social media sites that are geared towards particular populations with information on diagnosis and information, she adds.

While there is no silver bullet to dispel a family’s pain when they are dealing with a childhood cancer, Moules is optimistic that others who have made it through the experience can help, simply by sharing their experiences.

“Parents, grandparents and even children want to help others,” she says. “Their stories can help others facing the same difficulties, as well as the health-care professionals who can learn ways to help ease their suffering.” 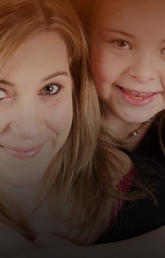 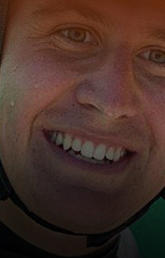 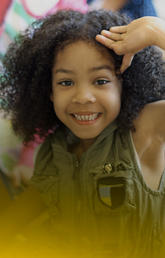 Parenting: not quite child's play

Advice on childhood cancer – from families who've been there