The effects of climate change can be seen clearly in the Canadian Arctic, on everything from sea ice to narwhals. UCalgary researchers look at what they tell us about the impact of carbon emissions worldwide.

As climate change melts the polar ice cap, the Arctic becomes more accessible, causing increased marine traffic and greater industrial development. University of Calgary researchers are investigating the environmental pressures that follow. As the world begins to understand the impact of our carbon footprints, their findings could help guide the way toward a carbon-free future.

In Calgary, the potential results of worldwide climate change are already hitting home: the program manager for the city’s climate program says that by the year 2050, Calgarians could see more flooding, severe winds, decreased river flow rates and temperatures that hover above 30 degrees C for almost a month each year.

The Conversation: How I wrote a symphony about the changing Canadian Arctic

In August, the Canadian Arctic is mostly ice-free, and narwhals swim into deep-water inlets along Baffin Island. For the researchers who study them, they can be a treasure trove of information about environmental conditions.

Dr. Sandra Black, MD, FRCPC, a clinical associate professor of zoo and wildlife medicine, and a graduate student in UCalgary's Faculty of Science, works with Inuit communities in the region to study narwhals. She measures key indicators such as the levels of stress hormones in the whale’s blubber, which can tell her how changes in the Arctic might be impacting the narwhal and other wildlife.

While her studies focus primarily on the narwhal, she tries to look through a wider lens to evaluate the big picture in the Canadian Arctic. “There is this overarching question about what the impacts are in the Arctic," says Black. "The question is, will the narwhal be resilient to the changes that have and will continue to occur? We want to maintain the intact ecosystems. Everything is carefully knit together.”

The idea for Black’s project started germinating in 2004, and crystallized more in 2015, when she decided to package it into her PhD through biological sciences, seeking to establish a health and stress index for the narwhal. Her research since has been multifaceted, as she has worked with other researchers in Fisheries and Oceans Canada, establishing a baseline of data.

The University of Calgary has also partnered with the Canadian Wildlife Health Co-operative (CWHC), with funding from the Nunavut Research Institute and Irving Shipbuilding Inc., for studies in the central Arctic and coastal Nunavut.

Black also works to train local people in the collection of scientific data – such as hunters who can gather tissues from hunted animals. “With the narwhal," she says, "you have this big whale that lives in a remote area for a good chunk of the year. So they can be hard to study.”

Black’s research results are pending. She will depart again for the Canadian Arctic this summer.

“I consider it a privilege to be working in the Arctic with the Inuit, talking to elders who grew up on the land, gaining an understanding of how important the natural world is to them,” she says.

Climate change affects wildlife and ecosystems throughout the Arctic.

While Black studies the narwhal, Dr. Susan Kutz, DVM, PhD, a professor in UCalgary's Faculty of Veterinary Medicine and director of the Alberta Regional Centre of the CWHC, researches caribou and muskoxen.

Kutz is a veterinary parasitologist. Her research includes understanding the impacts of climate change on interactions between parasites and hosts in the Arctic. Some parasites can be transmitted from animals to people through foods, such as caribou, that are integral to local cultures.

She and her colleagues are working with local hunters in the Arctic to collect a range of tissues from hunted caribou, among other sources. The tissue can provide information about diseases that are potentially spread to people in Arctic communities by various means, including the eating of caribou meat.

Declining wildlife health affects northern people by reducing the availability and accessibility of important food sources, she says. Also, diseases and contaminants can pose health risks for those who handle or eat the animals.

Kutz says building local wildlife health monitoring capacity (such as training hunters to collect scientific data) and supporting it with a broader expert network will enable early detection of changes in wildlife health, and potential threats to human health, so that measures can be taken in a timely manner.

"Using scientific, local, and traditional ecological knowledge, we will build on our existing wildlife health programs to establish the health and surveillance plans for caribou,” Kutz says. “We will simultaneously develop capacity in community-based wildlife health monitoring.”

When Arctic scientist Dr. Brent Else, PhD, was a PhD student, he spent much of his time working on the CCGS Amundsen, Canada’s only dedicated research icebreaker. The Amundsen typically allows scientific missions from June to October, and working aboard the ship presented challenges – fighting for time with the other researchers onboard, the ship was always moving, sometimes sailing past places of interest and never staying anywhere too long.

One day in 2014, Else, now an assistant professor in the Department of Geography in UCalgary's Faculty of Arts, realized he had to get off the ships, for at least part of the time, and work on a smaller scale.

“I realized that to answer questions such as how is the Arctic changing, we have to take some measurements in some spots for a period of time,” Else says. “That meant I needed to move some of my research onto land where it could be more community-based. I wanted to focus on a location and understand what is going on there through the year, as opposed to sailing from place to place.”

Armed with a $100,000 Marine Environmental Observation, Prediction and Response (MEOPAR) network grant, Else installed a weather observatory on a small, rocky island in the Northwest Passage. Located about 30 kilometres from Cambridge Bay, a small settlement on the southeast corner of Victoria Island in Queen Maud Gulf, the station allows him to study conditions in the Arctic Ocean throughout the year.

Loss of sea ice releases carbon into the atmosphere.

“I’m interested in understanding the question of how much CO2 does the ocean absorb and how that relates to climate change,” Else says. This process is called ocean acidification, as it alters the natural pH balance of seawater. “We know that the Arctic is experiencing climate change effects earlier and more acutely than other regions. I’m trying to quantify the role of high-latitude aquatic ecosystems in controlling atmospheric concentrations of greenhouse gases.”

Additionally, Else conducts sea ice camps on shore, where he and other researchers sample the underlying ocean and sea ice in an effort to understand the impact of physical and biogeochemical processes on the marine carbon system. Sea ice can provide clues regarding where gases are modified and exchanged with the atmosphere.

Else’s recent research results are pending. “We have done our first field season in the past year and we are in an exploratory phase, so we are building the connections and getting the instruments in place.”

Else's work has also had a tangible impact on the local community, where his data helps residents travel more safely.

“We wanted to see if people who live in Cambridge Bay (population is near 2,000), who would travel past the island going to fishing grounds, would be interested in getting the data,” says Else. “I knew they would be more interested in things like temperatures and wind speeds rather than CO2 measurements, but I thought we could help them make informed decisions about, say, whether it is safe to travel.”

So he talked with local hunter and trapper organizations and discovered that they liked the idea of having a weather station, but they were hoping for stations in other locations. Else set up two other stations near fishing sites.

In turn, the Inuit may be able to help the researchers understand more about the Arctic ice – when it melts, how it melts and the factors that might control the melting – because they have been living there for centuries.

As economic interest in the Arctic intensifies, the kind of progress Else wants to see is energy development of a different sort – one focused on tourism.

“I’m interested in our ability as a country to develop more tourism there and do it in consultation with the people who already live in the north and have done so for centuries on their own terms,” Else says. “Through my research, I’ve seen that it could potentially be a sustainable way to develop the region, preserving its natural state rather than taking something out of it.”

Dr. Susan Kutz is a professor in UCalgary's Faculty of Veterinary Medicine and director of the Alberta Regional Centre of the Canadian Wildlife Health Centre. View Susan's publications

Dr. Brent Else is an assistant professor in the Department of Geography in UCalgary's Faculty of Arts. He is an Arctic scientist with a broad array of research interests, including air-sea gas exchange, marine carbon cycles, ocean acidification, and sea ice energy balance. View Brent's publications 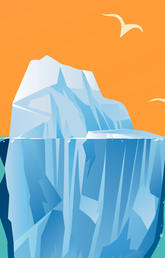 Is the future of the world at the top of the world? Climate change through the lens of the Arctic 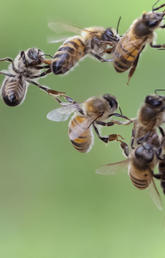 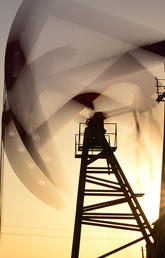