As the world moves away from reliance on fossil fuels, energy demands continue to grow. UCalgary researchers are studying ways to reliably adopt and implement renewable energy sources.

Although modern industrial societies require a constant, reliable flow of electricity, the sun and wind aren’t always available. One barrier to adoption of renewable energy is the need to cheaply and efficiently store power to cover later gaps in supply, says Dr. Viola Birss, PhD, a professor of physical chemistry in the Faculty of Science and a Canada Research Chair in Fuel Cells and Related Clean Energy Systems.

“This is one of the key challenges for the world to move things further toward solar and wind energy,” says Birss. “Batteries, of course, can be charged and discharged, but charging takes time. An alternative solution is to use a fuel cell, which can also run in reverse as an electrolysis cell to store electricity.”

Researching on ways to increase the capabilities of fuel cells while making them more efficient.

Although fuel cells come in many designs and forms, they all involve electrochemical reactions to produce electricity directly, Birss says. While this is similar to a battery, the difference is that fuel cells produce power by continuously receiving gaseous fuels, which can range from hydrocarbons to hydrogen on one side, and air or oxygen on the other, she says.

In the reverse of this process, electrolysis cells could use electricity from wind or solar to break down substances such as water into hydrogen and oxygen. Birss says these gases could be stored in large-scale facilities for later conversion back to water and electricity, helping fill any gaps in renewable generation.

“Even more significantly, these electrolysis cells can be run on carbon dioxide (CO2), which could potentially be fed in from the atmosphere,” says Birss. “They could convert the CO2 to useful products, such as carbon-neutral fuels.”

As the director of the university’s Calgary Advanced Energy Storage and Conversion Research Technologies (CAESR-Tech) cluster, Birss is helping to co-ordinate about 70 people in nearly 20 research groups across faculties ranging from science to engineering.

“This is a really important area of research for us,” she says. “My team has made some world-leading progress in terms of the development of catalytic materials that can run these CO2 reactions beautifully, without damage or worries about the lifetime of the electrodes, and also at low cost.”

Birss's research group has developed a new family of low-cost metal oxides. A particularly promising type has been patented and is based on earth-abundant metals, including iron, she says.

Engines that run on fuel cells are far more efficient than internal-combustion engines.

Birss says that less than 20 per cent of the fuel in internal combustion engines is typically converted into useful energy. Besides greenhouse gases, they also expel toxic particulates into the atmosphere, contributing to illnesses such as asthma, she says.

Fuel cells instead use catalysts on electrodes to spontaneously convert fuels into electricity and heat, without particulate emissions. “They can more efficiently do everything from powering cars to heating homes,” says Birss. “You can use up to 90 per cent of the fuel’s energy, so we are not just needlessly producing CO2 when most of it did not contribute to producing energy.”

It’s too bad that greenhouse gases are invisible to the naked eye, she says. “We often say that if we could make carbon dioxide vividly coloured – bright red, for example – people would see what was being produced by their devices, cars and homes, and they would be shocked.”

Windmill blades can erode over time, decreasing their ability to make power out of thin air.

Tilting at (erosion of) windmills

Dr. David Wood, PhD, has a soft spot in his heart for the battered, derelict windmills that stand near old farmhouses across Alberta.

“I have a model of one in a wind tunnel at the University of Calgary,” says Wood about the small, multi-bladed windmills, which pumped water at pioneer homesteads before falling into disuse during the transition to gasoline engines and rural electricity. “Even though they have been around for well over a hundred years, nobody really understands very well how these old windmills work.”

In the face of deepening warnings about greenhouse gases and global warming, Wood is among numerous researchers at the university who are helping Alberta make the latest transition from the current carbon-based economy to one increasingly powered by renewable energy.

Wood expects the province will likely reach its target of 30 per cent of its electricity generated by renewable sources by 2030 as it phases out its coal-fired generating plants, up from less than 10 per cent currently. “I think the tipping point for renewable energy is very close,” he says. “Solar and wind will probably be the cheapest ways to generate electricity in about 10 years’ time.”

In his work as the NSERC (National Sciences and Engineering Research Council)/Enmax Industrial Research Chair in Renewable Energy, Wood has helped international companies like Siemens tweak the designs of the giant wind turbine facilities spreading across areas such as southern Alberta. He says problems can include the erosion of the leading edges of the blades due to everything from dust to insects to ice.

“It can have a significant effect on the ability of the blades to extract power from the wind, so we’re looking at ways to monitor the blades for erosion,” says Wood, who is also a professor at the Schulich School of Engineering. “It will lead to ways of predicting what effect such erosion will have on the performance of the blades and their structural integrity.”

He sees wind energy as a technologically mature, highly competitive field where even small increases in efficiency can pay big dividends. He wants to revisit the design of the old pioneer windmills to see if they can be modernized for use as small, affordable water pumps in developing countries such as Nepal.

“Nepal is never going to be able to manufacture things such as photovoltaic cells for solar power," says Wood. "So it will have to import them, whereas something like a water-pumping windmill is relatively simple to manufacture and could be made cheaply in Nepal.”

UCalgary scientists created projects for schoolchildren to learn about carbon in the atmosphere.

Getting kids involved in renewable energy

Scientists need to help inform the public about renewable energy, says Dr. Greg Welch, PhD, an assistant professor of chemistry in the Faculty of Science who is a Canada Research Chair in Solar Energy Materials and Devices. “As academic researchers, we can develop game-changing technologies, but without proper education of the public, it can be difficult for such technologies to adopted and integrated into society,” he says.

A team of university researchers that includes Welch has combined several renewable energy technologies, creating a carbon-neutral research project so simple that elementary school students can run it, says Christine Sharp, a postdoctoral fellow in the Department of Geosciences in the Faculty of Science and co-founder of Solar Biocells.

Students at Dr. E.W. Coffin School in Calgary are slated to take part in April. The project will focus on a community of microbes, called phototrophs, that use natural photosynthesis to remove carbon dioxide from the atmosphere. The microbes can then be turned into methane as a biofuel via other processes.

“The project is currently geared towards grades 5 to 8 because we think that’s the perfect age to expose kids to the carbon cycle and other concepts,” says Sharp, who is also a member of the Energy Bioengineering Research Group. Students at the school will record data that will be used in a larger research project based at the university.

Scientists were inspired by natural communities of microbes found in soda lakes in the Cariboo Plateau north of Kamloops, B.C. The surrounding rocks and a lack of groundwater have created carbonate-rich lakes that are among the most productive natural carbon capture systems in the world, she says.

The lakes feel somewhat like filthy, soapy bathwater, says Sharp, adding their high alkalinity helps prevent contamination by rival microbes that have disrupted commercial attempts to create biofuels from micro-organisms. Another unique feature of the university’s project is that it incorporates solar cells based on organic dyes, says Arthur Hendsbee, a PhD student in the Department of Chemistry in the Faculty of Science.

Unlike traditional solar cells that use hard, unyielding silicon crystals, the dyes can be printed to make flexible photovoltaics for almost any surface or configuration, says Hendsbee. They can also be chemically tuned to capture certain colours of light while allowing other parts of the spectrum to pass through, he says.

The Solar Biocells research project is using the solar cells to generate electricity to operate devices such as pumps. The cells are placed on plexiglass bioreactors, within which the microbes use the remaining light to grow. The biomass can then be turned into methane using other groups of microbes.

“This is a technology that is able to pull carbon out of the air and turn it into a usable fuel,” says Hendsbee, who works in Welch’s laboratory. “There are no dangerous chemicals, high temperatures or high voltages involved. It's all safe and can be done in an elementary school classroom.”

For the aspect of the project involving school children, organic solar cells won’t initially be included, says Hendsbee. The project could not only be expanded to schools across Canada, it could eventually be introduced around the world, says Sharp.

“Different schools would compete to see who can capture the most carbon dioxide and generate the most biomass,” she says. Special equipment will allow the results to be posted online for use by university researchers.

“Through the combination of our next-generation technologies, we hope to demonstrate to the public that both photosynthesis and artificial photosynthesis can directly contribute to our energy needs in a safe, reliable and affordable manner,” says Welch.

Dr. Viola Birss, PhD, is a professor in UCalgary's Department of Chemistry and has been a Canada Research Chair in Fuel Cells and Related Energy Systems since 2004. Viola's team has been developing electrocatalysts and support materials for high temperature (SOFC) and low temperature fuel cells, electrolysis cells and supercapacitors. Read more about Viola

Dr. David Wood is a professor at UCalgary's Schulich School of Engineering. He has been the NSERC/Enmax Industrial Research Chair in Renewable Energy since 2010. His work also includes harnessing renewable energy resources in developing countries, including a current project to improve the efficiency of cross-flow hydro-turbines. He has worked with companies in Nepal and Kenya and lectures on wind turbine design in Ethiopia. Read more about David

Dr. Greg Welch is an assistant professor of chemistry in UCalgary's Faculty of Science and the Canada Research Chair in Solar Energy Materials and Devices. Greg is currently exploring the design and synthesis of organic pi-conjugated materials and investigating how these materials can be utilized in electronic devices. This area of research is critical to making advancements in next-generation energy conversion and storage devices. Read more about Greg 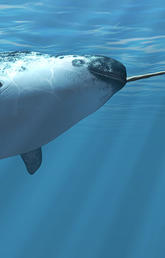 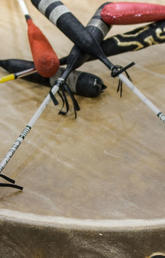 How many batteries would it take to power the whole world?