Pets and the city: Living with animals in crowded urban centres

As our cities become more and more crowded, and more of us choose to live with pets, how do we ensure that animals and people can co-exist? Our research looks at social, government and veterinary policies that shape how we live with our furry friends.

I veered to the left at a large Calgary park with my dog, an ankle-high Chihuahua mix breed, who was off-leash at my side. A guy wearing a blue t-shirt and a canvas sun hat was coming towards us. Harriet, who loves people, ran toward him with her tail wagging. The guy scowled and kicked at her, muttering something.

It’s a situation that plays out regularly in cities across Canada, regardless of policies and laws, right and wrong, you or me. The problem of ensuring everyone (and their dog) gets a fair shake – whether you’re a dog owner or not – has no single solution. Rather, there are evolving policies and bylaws that vary from city to city which are meant to help people find their way to living peacefully with each other – and their pets.

The research addresses overlapping areas such as how to prevent threats and nuisances from pets, how to meet their emotional and physical needs and how to provide them with veterinary services.
“We are interested in how the wording and implementation of local governments’ policies on pets could minimize the potential for harm while maximizing the benefits of pets in cities,” says Dr. Melanie Rock, PhD, Joint Associate Professor at the Cumming School of Medicine’s Department of Community Health Sciences and the Faculty of Veterinary Medicine’s Department of Ecosystem and Public Health. Rock is also Associate Scientific Director of the O’Brien Institute for Public Health.

Dog bites are still a leading cause of injury among children, even when the pets are leashed and closely supervised.  Research also shows that fears of being bitten or chased by dogs are health concerns in their own right. People without pets may not walk in a park where there may be dogs and dog walkers may avoid parks for fear their pets will be harassed. Furthermore, “the negative symbolism of dog feces is beginning to be recognized as relevant to health promotion,” says Rock.

“The research is a valuable source of support for the City,” she says. “There is a demonstrated openness at the City to having dialogue with University of Calgary researchers.” And with help from the researchers, the City of Calgary has come up with rules so that you, your pet and everyone else in the city may “live together in safety and harmony.”

In Canada, 57 per cent of households own pets and the overall population of dogs and cats is about 14 million – almost half the human population of the country. But not everyone is a dog or cat person. There are flashpoints. Issues such as dog aggression, fair access to public parks or the banning of certain dog breeds spark public ire.

“Dog-related issues are emotionally charged and can cause cleavages in municipalities,” says Rock. “The City of Calgary has exemplary policies in place with regard to public engagement. The fact that policy encompasses dog-related issues is a step in the right direction.”

Dog-related issues can be emotionally charged and cause rifts between neighbours.

According to the most recent census data (2016), there are 135,070 dogs in Calgary.  In 2015, there were 98,000 properly licensed dogs in the city and by late August this year, there were 99,515. At the very least it indicates more Calgary dog owners are licensing their dogs, which may be due in part to the city having introduced a new way to license pets online.

The City of Calgary, with its internationally recognized Responsible Pet Ownership principles and accompanying bylaws is considered an ideal paradigm. Edmonton and Cochrane are among the municipalities that have looked to the responsible pet ownership model for guidance when shaping their own policies and City officials have presented the policies to receptive audiences as far away as Australia.

It’s important to note that the lauded Calgary model is applied in conjunction with parks policy, an off-leash management plan and it intersects with public input, engagement and fair allocation of public resources such as parks.  “These are things that cannot be handled strictly on an individual basis,” says Rock.

In Calgary and elsewhere, immigration and suitable housing are becoming fresh challenges, while municipalities face balancing the rights of pet owners with those of new, as well as disadvantaged, citizens.

“Pets may be best friends and companions to many people and the benefits of pets for people, including exercise, has been documented,” says Rock. “But those same pets can be a source of anxiety or a nuisance for someone who has come from a different society, where dogs are viewed as dangerous or a source of disease such as rabies.”

"By and large the vast majority of Calgary pet owners are very responsible."

Canada has been taking in about 250,000 immigrants every year, which accounts for some two-thirds of the country’s population growth, according to Statistics Canada. Calgary is now the fourth-largest reception point for new immgrants and refugees in Canada, says Rock.

The City is looking at providing education programs to immigrants that might not otherwise get information, given barriers such as language. “Education is something we try and do constantly," says Doug Frizzell, superintendent with Calgary Community Standards in charge of the animal services section.

"I think over the next year our education group may expand what they provide,” he says. “Part of that education is for non-dog-owners and immigrants coming into the city, education where they can know how to act around animals, especially dogs.”

He believes the responsible pet bylaw strikes a balance between the rights of owners and non-owners, with condominium association and boards playing a role.

“By and large the vast majority of Calgary pet owners are very responsible in a city of 1.2 million people,” says Frizzell. The City provides volunteer off-leash ambassador and pet recall training programs, among others.

Regulating where pets can live

The downturn in the Alberta economy has resulted in more landlords accepting animals into their properties to help fill their empty apartments, which is making it generally easier for pet owners to find homes. In Ontario and other provinces, legislation is in place to allow pets in rental properties.

Still it can be difficult for pet lovers in Alberta to find a place to rent. Two graduate students at the University of Calgary – Taryn Graham (BA, MA, Rec & Leisure Studies and PhD Candidate) and Ann Toohey (BA Chem, MSc Population and Public Health and PhD Candidate) – are examining the challenges that younger and older adults have accessing housing in the rental market that allows pets.

“Housing and housing access is also an issue and it has to do with economic equality,” says Rock.

If you’re a pet owner, you know veterinarians help to ensure you and your pet can live healthily and harmoniously within a city. A veterinarian becomes like a trusted family doctor, someone you may rely on during times of trouble with your pet, not just for medical help but for wise counsel after a run in with a person or a pet at the dog park.

UCalgary’s Faculty of Veterinary Medicine (UCVM) teaches its students the value of this important role.

“Communication skills in veterinary practice impact the health outcomes of animals and quite likely their owners,” says Dr. Cindy Adams, PhD, UCVM professor and director of the clinical communications program.
For example, the Clinical Communications Skills program uses actors, who play distressed pet owners, to teach students how to get “back stories” and pet histories in order to determine the best treatment or course of action.

"So there is an emphasis on what I call ‘bio-lifestyle social history taking’ which is different than a more traditional history in veterinary medicine of focusing on (mostly) the biomedical,” says Adams.

In this way the pet owner becomes essential to helping the veterinarian understand their perspective on their animal and animals in general, she says, and the way in which the pet and its owner interact within the city.
“This information can guide the veterinary profession in terms of the information that they provide to clients and any planning for the pets’ encounter with the urban setting, as well as safety nets,” says Adams. For example, in the case of an unfettered animal, there may be a greater risk of aggression in off-leash parks, she says.

Which brings us back to my encounter with the guy in the city park, which has both off-leash and on-leash areas, some marked better than others. In this case, there was confusion regarding the designation.
In hindsight, perhaps I should have kept my people-loving – and to me, harmless –  pooch leashed, though it was my understanding we were in an off-leash area. Maybe the man was upset because he thought I was breaking the rules. Maybe he thought my Chihuahua posed a threat.

I called the dog back to me, she came, he moved on and so did we. Still, it was an unsettling encounter for both of us. Which illustrates the need for balanced policy and informative education that leads, we would hope, to reasonable actions from both pet owners and non-owners.

Things to remember - tips from the City of Calgary:

The City of Calgary doesn’t advocate limiting the number of pets or banning any specific breed. Instead, it believes poor animal behaviour results from a “failed relationship” between pet and owner. The City calls for responsible pet ownership based on these principles:

•    License and provide permanent identification for pets.
•    Spay or neuter pets.
•    Provide training, physical care, socialization and medical attention for companion pets.
•    Do not allow pets to become a threat or nuisance in the community.
•    Procure your pet ethically and from a credible source.

Dr. Melanie Rock is an anthropologist and social worker whose research focuses on the societal and cultural dimensions of health, with an emphasis on the importance of animals for mental, physical, and social well-being. She is an associate professor at the University of Calgary, where she serves as associate scientific director in the O'Brien Institute for Public Health. Access Melanie Rock's publications 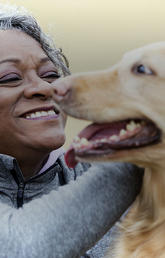 Dog’s best friend: The many upsides of dog ownership 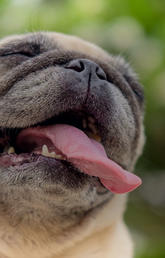 The issue with flat-faced dogs

Does your pooch have hidden health issues?