At UCalgary's Schulich School of Engineering, researchers study innovative “ring” transit routes, commuter behavior, navigation systems, cycling alternatives and everything in-between in an effort to make getting around easier and more efficient.

In the animated 1960s science-fiction series The Jetsons, George Jetson would leisurely cruise to work in his flying saucer car. The only serious traffic jam he faced was an asteroid here and there.

As the age of self-driving, autonomous cars looms ever-closer, daily traffic jams and congested roads don't seem to be going anywhere. And getting citizens safely, quickly, and cost-efficiently around in crowded urban spaces is one of the biggest issues North American municipalities face.

Twenty-five years ago, at the age of six, Schulich School of Engineering research associate Saeid Saidi was already putting cities together by playing the video game Sim City.

“You've got to look at the city from above," Saidi says. "Where do people live and work? Where does the road network have to go to get them around? What happens if you build a school here? All these problems and challenges were interesting to me.”

"You can’t pave the entire city."

Now, as a transportation engineer and planner, Saidi ponders how big cities can fix traffic jams and under-utilized transit systems.

“If you build more roads, more people will drive," says Saidi. "It is not sustainable. You can’t pave the entire city."

Saidi has built a long-term planning model for urban rail transit networks. The tool evaluates different network extension scenarios to predict which system of expansion will work best. He has used the tool to evaluate and compare performance of cities such as London, Tokyo, Paris, Moscow, Madrid and Berlin. His research looks at future development in Calgary, Shanghai, and Colombo, Sri Lanka.

One long-term solution for Calgary is ring transit lines, instead of ring roads, that form a circle to connect existing lines.

“In a lot of metro and urban rail systems you have the downtown core where people work," Saidi says, "and then the city is built on the periphery and all rail transit lines basically connect the two.”

Saidi says the current system provides great service into downtown, but little help for citizens who, for example, live in the northwest but work in the northeast — something ring lines would resolve.

Saidi is working to improve his model for use around the world.

“Transportation planning is not easy," he says. "There are tons of things involved, including human behavior, politics, economics, regulations and rules.”

From horses to cars to driverless vehicles

According to Dr. Lina Kattan, PhD, the Urban Alliance Research Professor in Transportation Systems Optimization at UCalgary, today’s transportation revolution is as great as the historic move from horse and carriage to the automobile. Kattan is an associate professor of civil engineering at Schulich and holds several other key research positions related to critical traffic management solutions. She works with the City of Calgary on Intelligent Transportation Systems (ITS) to manage freeway traffic congestion, signal controls, prediction of bus and LRT arrivals, and modeling the performance of autonomous cars.Dr.

"In North America, our cities are built around cars, to get us from A to B."

Her work uses new sensing technologies and artificial intelligence to determine how commuters react to real-time traffic as well as transit communication on system disruptions, arrival time information, and accident delays. Kattan's transit-related work is in collaboration with Chan Wirasinghe, UCalgary's expert on the subject.

Key to Kattan’s work is human behavior — understanding what drives travel choices. She maps factors such as commuters’ ages, occupations, who might be early adaptors of technology, the costs associated with transportation alternatives, car ownership versus car sharing, and how long Calgarians are willing to wait for a bus or train.

With Uber and other companies proposing to launch a fleet of autonomous vehicles, that evolution gets even more complicated with 18- and 19-year-olds who “don’t seem to be as interested in owning cars.”

Kattan says it's unclear whether autonomous vehicles will make things better or worse, and raise more questions that need answers: How does potential increased car-sharing affect downtown parking? Are we trading one jam for another, with massive line-ups of autonomous vehicles all driving downtown at the same time? Will consumers accept more autonomous shuttles to transit stations?

“In North America, our cities are built around cars, to get us from A to B," says Kattan. "The reality is cost and convenience are most important," she adds, even if public policy is to drive more people to live around transit corridors or into the inner city where there are more transportation alternatives. That includes Calgary, she says, where municipal planning policy needs to be more focused on supporting residential density in the inner core.

Cycle solutions in a winter city

If we build it, will they come?

The “it” is cycling infrastructure and “they” are commuters who might trade cars for bikes as an alternative to the daily vehicle traffic jam.

UCalgary research shows many people do, in fact, ride their bikes in winter.

“Everywhere I went there was heated conversation about whether we should have cycle tracks," she says.  Those against maintained nobody cycled in Calgary’s cold winters so the tracks would be a waste of money.

“Both sides were reasonable," Sadeghpour says. "But what wasn’t reasonable was that it was something easily quantifiable. I am very curious, so I thought ‘why don’t we measure it?’ That’s what I do, I measure for a living.”

In the winter of 2012, Sadeghpour and some graduate students piloted research along the newly implemented 10th Street bike lane, counting and surveying cyclists.

That first winter, they surveyed 100 cyclists. In the next years, 1,000 to 2,000 more in what is now the largest winter-cycling, data-gathering project ever done.

The biggest immediate ‘wow,' says Sadeghpour, was the simplest one: a lot of people do indeed cycle in winter. In fact, 55 per cent of those surveyed rode in temperatures of -20C or less.

Sadeghpour’s findings have been presented to the city and now, through statistical analysis and mathematical models, she is expanding the research to see if cities can predict how many people will use cycling infrastructure, and in what areas of the city, before it is built.

Model variables will include costs, demographic makeup and physical environment of communities, plus personal user data.

Sadeghpour hopes to have a rough model in about 18 months, based on data before and after implementation of Calgary’s cycle tracks, to help cost-sensitive decision makers.

Nothing says "real-world application" like improving technology in an industry worth billions of dollars. And in the world of autonomous vehicles, navigation systems that can accurately and reliably tell commuters their location will grow even more critical.

Geomatics engineering professor Dr. Mark Petovello’s, PhD, pioneering work at Schulich over the past 20 years is all about improving navigation in the most challenging of urban conditions.

Picture one light bulb amidst the flash and glare of Las Vegas. In relative terms, says Petovello, the signal from a satellite to your navigation system is about as strong as the power from that light bulb.

Furthermore, that signal, that powers Global Navigational Satellite Systems (GNSS) including GPS, has relatively clear sailing until it hits a crowded urban landscape with massive buildings and tall trees.

“When you go into urban ‘canyons’ it breaks down," says Petovello.  "Signals reflect off buildings and positioning errors can be quite large.” His current work involves 3-D modeling of cities to help determine position in challenging environments using low-cost, low-powered sensors.

“You get really exciting results when you use 3-D," Petovello says. "Before, those reflected signals would be seen as problems to get rid of or get around. Now we feel they contain useful information and if they are going to be there, let's try to figure out how to use them.”

“We have come so far since the late 1990s. Then, having GPS on your phone and determining position in an urban canyon would be unheard of. Now GPS chips are everywhere.”

Petovello’s work is critical in ensuring reliability and safety in challenging conditions — even more crucial with autonomous cars.

In Canada’s severe weather conditions, visibility is limited and sensors such as LIDAR are unreliable. (LIDAR [Light Imaging, Detection, And Ranging] measures distance by laser light and is commonly used in autonomous vehicles.)

As 3-D maps become more available, technologies similar to those Petovello is developing, which don’t rely on LIDAR, will become even more useful “in a rapidly growing, multi-billion-dollar industry.”

Petovello's work also has applications outside auto navigation. His team has worked for the U.S. Navy on a project to automatically and accurately land fighter jets on aircraft carriers, by using an application of GPS to determine how much the mast of the ship moved relative to the landing strip. In addition, Petovello's team has licensed positioning/navigation software to organizations around the world, including the NASA and General Motors.

While we haven't yet reached the high-flying, stress-free commute seen in Orbit City, George Jetson would be sure to approve.

Dr. Farnaz Sadeghpour is an associate professor of civil engineering in UCalgary's Schulich School of Engineering.

Dr. Mark Petovello is a professor of geomatics engineering at UCalgary's Schulich School of Engineering. His research interests include global navigation satellite systems (GNSS) and their integration with inertial navigation systems (INS) and other dead-reckoning sensors. Access Mark Petovello's publications 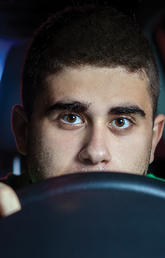 Is driving high as bad as driving drunk? Legalization and what it means for traffic safety 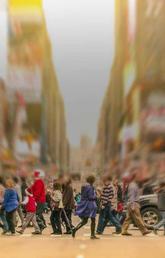 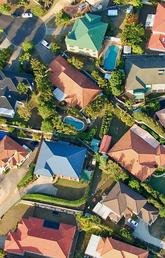 Can you recycle an entire house?