With 3D GAIT analysis developed at UCalgary, clinicians around the world help runners solve biomechanical problems that lead to injuries, develop treatments for recurring injuries, and predict how runners will respond to treatment.

Jaw-dropping tech startups with mythic beginnings in obscure garages or basements, with hardcore geeks toiling on their inventions through their pre-teens, are the stuff of dreams. And that's exactly how the marathon story of 3D GAIT technology, developed at the University of Calgary's Running Injury Clinic, begins.

When kinesiology researcher Reed Ferber was in elementary school, he did nothing but draw. He’d curl his hand over the page so the teacher couldn’t see what he was doing. He drew super heroes. Cars. More super heroes. Finally, his grade five teacher had enough and sent the day-dreamy boy down to the school library, a move that veered his life in the right direction.

“Right there in that library was just what I needed, a tech club,” says Ferber, now director of the Running Injury Clinic. “It was the early ’80s and computers were launching. Pretty soon, I was spending a lot of time at home in our basement – you know, dark wood panelling, burgundy shag carpet – trying to figure out how computers worked.”

He was teaching himself basic programming language to design video games when he was 11 years old, a young mad scientist in black-and-white checkered Vans sneakers, already hungry for tech. As he fiddled in the corner of the family’s TV room – careful not to touch the yellow, red and green wires together that would spark sound and bother his dad – he was trying to conjure a basic ping-pong game from the Texas Instruments computer his parents had bought for him.

When Ferber was 17, he got a tryout with the Alberta Forest Service because he was dazzled by the idea of rappelling from helicopters. He shed more than 11 kilograms (25 lbs.) and started running to get in shape for the firefighter job. He got the gig and, well, just kept running.

By then, there was no stopping him – he’s since become a veteran of running marathons. Ferber would go on to get his PhD in sports medicine and gait biomechanics from the University of Oregon before completing post-doctoral research at UCalgary, where biomechanical research from Ferber’s lab would lead to development of the 3D GAIT camera system.

“Our goal is to improve clinical practice.”

Running or jogging is one of the world’s top recreational sports. Some 23 per cent of Canadians aged 12 and older claim to regularly run or jog, according to Statistics Canada. The Outdoor Foundation estimated the number of participants running and jogging in the United States a few years ago at 53 million. Research shows 50 per cent of those experience an injury every year. Studies also suggest recreational runners average one injury for every 100 hours of running. If muscles are weak, the body usually tries to find a way to compensate for the problem, leading to biomechanical abnormalities.

The 3D GAIT system offers a data-driven, high-tech solution for runners who have problems identifying what’s causing their injuries – and who want a heads-up on what injuries might happen down the road.

Using a 3D camera and motion capture sensors, a gait analysis involves recording a runner's movement patterns as they walk or run. Multiple cameras and reflective markers capture data in all three dimensions for the ankle, knee, hip and pelvis. The results help clinicians to scientifically determine excessive or atypical movement patterns that can be improved with advice and treatment.

“Our goal is to improve clinical practice,” adds Ferber. “When a person comes to our clinic, we collect their 3D biomechanics and, with 80-per cent accuracy, we can predict how they will respond to treatment six weeks in the future.”

Running injury technology available to everyone

For a guy who loves crunching data into ways to help runners, Ferber is on the fast track. The 3D GAIT system is now available in more than 50 clinics around the world. Anyone can pay a fee for the analysis, which is typically administered by a physiotherapist. In Calgary, the first session takes about two hours and a follow-up session a few weeks later takes about 30 minutes.

Sensors are placed on the client’s legs. Then they are positioned on a treadmill and undergo some calibrations before they watch themselves run as a skeletal image on a screen, while being scored on various metrics.

Russell Kohrs, a fourth-year general kinesiology student at UCalgary, underwent the process as a research assistant.

“I looked at how my own mechanics and strength would change over the course of a six-week training program and what I found was certain motions in the stride showed better control with regards to rotation and velocity,” says Kohrs. “I think this demonstrates the benefits of using a research-based system like 3D GAIT analysis in a clinical environment, as it allows us to visualize a variety of variables that are very important to injury-free running – but are not typically visible even to a trained professional.”

The biomechanics data collected during an appointment at one of the clinics is compared with similar data gathered from thousands of runners at associated clinics and universities around the world, in a study called Run RIPPED (Running Injury Prevention and Prediction). It's the world's largest biomechanical study in the prevention of running-related injuries, with more than 3,500 runners in the database and a worldwide network of research and clinical partners gathering data. Fifteen other universities are involved, from Brazil to Australia to the UK, Europe, Canada and the United States.

Ferber's research collects data from runners around the world.

The beginnings of this global study took shape on a wet curbside almost 20 years ago. In 1997, Ferber stood on a Eugene, Ore., street corner, checking his watch, rain pounding on his umbrella. A research subject for his work into gait biomechanics, who had previously stood him up, was late. Again.

“I thought, 'I am sick of waiting for people,'” says Ferber. “Instead, I wanted the data to flow to me. So that is when I began figuring out how to get other people to collect data for me.”

Since starting the Running Injury Clinic in 2003, he now describes himself as standing at the intersection of clinical work and engineering. The broader community benefits from UCalgary research that community members help to feed with their own data.

The data that flows into a central database is used to improve clinical practice with a focus on rehabilitation and injury prevention. It’s a clear window into the mysteries of the body, providing clinicians with perspectives they would not have otherwise.

“Our engineers and physiotherapists are in lock-step with each other . . . "

“We know the current limitations of our technology include expense and ease of use,” says Ferber. “The equipment in my lab costs about $150,000 and you need a trained biomechanic to run it."

Ferber is the recipient of a Natural Sciences and Engineering Research Council of Canada (NSERC) Discovery Accelerator Award, which provides additional funding to scientists who are highly rated in terms of originality and innovation. His team also received a second-place TEC Edmonton Venture Prize, aimed at accelerating the growth of emerging technologies, for the top health technology of 2016.

With the help of this additional funding, Ferber and his team are working on the creation of new software (expected to be ready this autumn) that will make capturing biometrical data less expensive and easier to use for physiotherapists. It should make the entire process more efficient.

"We are calling this new version r3 (Run Cubed)," Ferber says. "The whole process for the physiotherapist working with a client should take less than 10 minutes.”

The new system uses the Microsoft Kinect 2.0 camera. Ferber’s team was one of the first groups in the world to receive an alpha version of the equipment. This camera captures gait metrics with accuracy to the millimetre, while providing real-time feedback for gait retraining.

Other researchers at the University of Calgary are learning more about gait activity to improve athletes’ lives.

“Looking at walking patterns and how the body moves, we may be able to determine potential injuries,” says Gavrilova, who was a keynote speaker this year at the 29th International Conference on Computer Animation and Social Agents at the University of Geneva. “There is the possibility that in the future, we can connect with the medical profession and help with rehabilitation and physiotherapy for athletes.”

When Ferber spoke about his research to a gathering of UCalgary alumni this year, he looked back on the clinic’s past 13 years and considered how far it has come – but added that it’s still got a long way to go.

Since the days when he was 11 years old, working on creating software that would move a glowing green ping-pong marker from one side of a small computer screen to the other, he is still dreaming big.

“Fast-forward to now from those early days and we are in 52 clinics around the world,” he told an audience of graduates, many of them runners. “It’s a reasonable start.”

Dr. Reed Ferber, PhD, is an assistant professor in the Faculties of Kinesiology and Nursing at the University of Calgary. His research projects include pain treatment in runners, the biomechanics of running injuries and optimal treatment protocols for knee osteoarthritis. Find out more about Reed here. 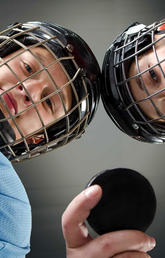 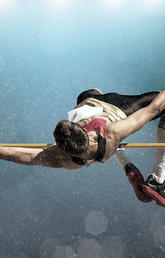 Training the mind of an Olympian

The race to prevent running injuries