Innocence lost? Studying kids' stories to better understand how to teach them

What do Peter Pan, the boy who wouldn’t grow up, and PewDiePie, a nearly 30-year-old Swedish YouTube superstar, have in common? They may both reflect to adults some of our thoughts and concerns around childhood and innocence, which in turn may help us understand how to better teach kids.

What do Peter Pan, the boy who wouldn’t grow up, and PewDiePie, a nearly 30-year-old Swedish YouTube superstar, have in common?  They may both reflect to adults some of our thoughts and concerns around childhood and innocence, which in turn may help us understand how to better teach kids.

Derritt Mason, a children’s literature scholar and assistant professor in the English department at the University of Calgary, has spent hours discussing Peter Pan and other traditional kids’ stories with his undergraduate students in class.

“My students and I often come back to the idea of innocence as a cultural construction that actually has nothing to do with children, but is all about adults requiring this concept in order to make sense of ourselves,” Mason says. “We do not understand ourselves as innocent because we have grown into adulthood, but in order to make better sense of the process, we impose the idea of innocence onto children.”

Now, Mason is taking the exploration around our potential projections on children from the bookshelf to the digital space. In a graduate seminar, he and his students are comparing and contrasting educational games, apps and ebooks for children to the many online spaces where people under 18 tend to gather, but aren’t designed to teach them anything.

It’s one of thousands of online communities where children and youth hang out that “makes adults nervous because they don’t necessarily understand it,” says Mason. PewDiePie, or Felix Arvid Ulf Kjellberg, has one of the most subscribed channels on YouTube, with 57 million followers and 15 billion views (and counting). He delivers charismatic and energetic monologues on all manner of topics, “vlogs,” as well as “Let’s Play” commentaries – live narration of playing a computer game such as Minecraft. (PewDiePie has been controversial. He made an anti-Semitic “joke” which he quickly apologized for and has been roundly criticized for using a racial slur.)

Mason and his graduate students are exploring not only how we try to teach kids in the virtual space, but how “adult investments in childhood” may shape how we do it. They’re applying the classic questions about children’s literature – that it may teach us more about ourselves as adults and our culture than about children – to YouTubers, digital stories and virtual fairy tales. Mason is arming his graduate students with iPads and having them make their own Let’s Play videos as part of the examination of where children and youth go online.

“We’re seeing a lot of moral panic about the relationship between children and technology,” says Mason. “What children can get their hands on online, how using technology from a young age affects childhood growth and development. There’s been a lot of talk in parenting circles about the appropriate amount of screen time.”

By exploring what children want to see in the virtual world – including YouTube channels – and what we want children to interact with online – educational games, stories and apps – we will better understand “how we as adults imagine, characterize, and attempt to educate the virtual child.” And with that knowledge we will be better able to teach children in an increasingly digital world.

Derritt Mason is an assistant professor of English at the University of Calgary, where he teaches and researches at the intersection of children’s literature, queer theory, and cultural studies. His current book project, forthcoming from the University Press of Mississippi, explores the emergence of queer themes in young adult literature and culture. Dr. Mason is also currently co-editing, with Kenneth B. Kidd, a collection of essays that examines summer camp as a queer place and time. View Derritt's publications 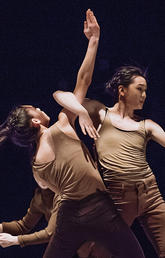 The data of dance: When science and art merge 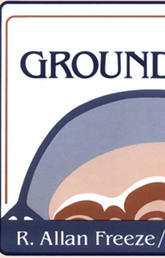 Getting ‘Groundwater’ into cyberspace: A seminal textbook goes online 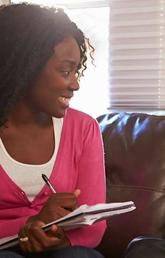 Studying the crisis in field education for social workers