How our joints and muscles work: solving the riddle of titin

A University of Calgary researcher is expanding our knowledge of the inner workings of our joints and muscles, and uncovering some new ways of looking at medical issues in the process.

Standard medical and anatomical textbooks have for the last 50 years shown that two proteins, actin and myosin, interact to produce force and make muscles contract: this is known as the muscle contraction model. UCalgary professor of kinesiology, engineering, medicine and veterinary medicine Walter Herzog expects that in the next 10 years, when new textbooks are written, a third protein, called titin, will appear in the model along with actin and myosin.

“This is exciting stuff for geeky people,” Herzog says. “For the other seven billion people in the world, it might be pretty boring. But from a scientific point of view, it’s the most exciting work we’re doing.”

While Herzog and his team at the McCaig Institute for Bone and Joint Health weren’t the first to discover titin – that honour belongs to other researchers in the 1970s – they have been leading efforts in describing its mechanical properties and its role in muscle contraction. In a nutshell, the titin protein acts like a spring of variable stiffness that makes muscle elastic, and makes titin stronger in the activated muscle compared to the passive muscle.

So in a human heart, which beats constantly for years, titin is hard at work to keep the muscle working as it should. “Modifications of titin can have dramatic effect,” says Herzog. “It’s an important protein – if you don’t have it, or it’s been modified, you could die.”

In dilatational cardiomyopathy, for example, in which the heart enlarges and the muscular walls become thinner and weaker, the heart can’t pump as it should. Those changes are associated with titin protein changes. Understanding this is a first step in being able to improve human health. 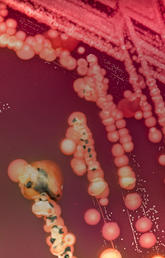 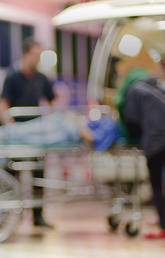 Can we stop arthritis before it starts?

Solid Foundation: The Importance of Ankles and Shoes in Preventing Injury