The online world provides both opportunity and obstacles to girls and women. Yet while millions of people gather online to share information and connect with each other in good faith, far too many people have abandoned their social media accounts due to overwhelming amounts of trolling, bullying and hate.

Infamously, in 2014, several women in the video game industry were ruthlessly harassed in a targeted campaign that came to be known as Gamergate. When the movie Ghostbusters was released in 2016 — with an all-female cast — another vitriolic anti-woman campaign erupted online. “Actor Leslie Jones received racist and sexist attacks for daring to be in Ghostbusters as a black woman,” says Dr. Jessalynn Keller, assistant professor in Critical Media Studies in the Department of Communication, Media & Film in UCalgary's Faculty of Arts.

While evidence is scant of whether more women than men are chased off social media platforms like Twitter or Facebook due to hate, anecdotal evidence indicates that women and girls, along with LGBTQ people, people of colour and members of immigrant communities have more trouble with trolls than white men in online spaces.

“The social inequalities that we experience on a daily basis offline also shape these online worlds so it’s not surprising that we’re seeing the same inequalities online,” says Keller. “Generally speaking, it’s people who are more ‘othered’ and folks who speak about topics that threaten the status quo. These types of topics tend to bring up a lot of hate online. Much like what happens offline.”

These types of topics tend to bring up a lot of hate online.

Yet for all the misogyny, homophobia and other forms of hate floating around cyberspace, social media also affords women and girls an unprecedented opportunity to express themselves, to connect and to engage in political discourse. Feminist scholars analyze this in Emergent Feminisms: Complicating a Postfeminist Media Culture, a series of essays edited by Keller and her colleague Maureen Ryan. “We’re pointing out the variety of ways that feminism has been emerging or made more visible in popular culture at this moment,” say Keller. “We are seeing feminism out in public in ways we haven’t seen before.” And much of that is online.

Perhaps one of the most discussed hashtags in the last couple of years is #MeToo — a shortcut people use to declare they’ve been sexually harassed or assaulted. The term was first used as an activist rallying cry in 2006 when Tarana Burke, an African-American civil rights activist, started using “Me Too” as a catchphrase to spread awareness about sexual assault in underprivileged communities.

The phrase was launched into the mainstream lexicon in October 2017 in the wake of accusations of sexual assault against Harvey Weinstein, a powerful Hollywood producer. After both the New York Times and The New Yorker ran stories accusing Weinstein of a number of sexual assaults, more women came forward with their own accusations against him and other high-profile men. Just days after the stories ran, actor Alyssa Milano (who has been sexually assaulted twice) tweeted to her several million followers and urged them to reply “me too” if they had been sexually harassed or assaulted.

The hashtag blew up. It was tweeted nearly a million times in 48 hours and gave voice to a social movement. Other hashtags with a similar message, including #WhyIDidntReport, #YesAllWomen, #YouOkSis? and #BeenRapedNeverReported, have all helped provide emotional context and the human stories behind the statistics of sexual assault, says Keller. This “hashtag feminism” creates solidarity amongst survivors and raises feminist consciousness; “an imperative step towards a more equitable society,” Keller and her colleagues write in the Conversation.

One warm Monday morning in May 2015, a Toronto-area teenager was sent to the principal’s office because of what she was wearing. Alexi Halket was dressed in a short shirt and her teacher requested she cover up because he felt her shirt looked "too much like a sports bra." The principal instructed Halket to wear something “more appropriate” to school the next day. But instead, she created a Facebook page and declared the following day, her 18th birthday, Crop Top Day.

Hundreds of students from across Toronto — both female and male — showed up at school wearing short shirts. Hundreds more took to Facebook and Twitter using the hashtag #CropTopDay to show their solidarity with Halket and to protest against schools’ dress codes. One tweet read in part: “I'm a fifteen y/o girl & if my shoulder or stomach bothers u YOU are sexualizing me & YOU are the problem #CropTopDay."

The story garnered world-wide media attention and sparked a conversation about “gendered” dress codes — those that make girls and women cover up in order to protect men and boys from any distraction caused by the female form. Schools across Canada have dress codes banning girls from wearing clothing such as yoga pants, leggings and halter dresses. “School administrators are often explicit in their intention to curb sexual harassment and discourage distraction of males, both teachers and students,” says Keller.

It’s commonly thought that teenagers don’t engage with feminism, says Keller, but #CropTopDay tells a different story. In media interviews Halket said: “This is about women’s rights, their ability to make choices about their own bodies, and the blatant objectification and sexualisation of the female body by society.” That’s “explicitly feminist language,” says Keller, and it challenges the notion that girls are apolitical.

They’re using digital media to educate their peers about feminism.

Keller analyzed the online discourse and media response to #CropTopDay in Crop Tops and Solidarity Selfies: The Disruptive Politics of Girls' Hashtag Feminism, a chapter in Mediated Girlhoods: New Explorations of Girls’ Media Culture. Keller argues that the students behind #CropTopDay are just the latest in a long line of teenage feminists — from ‘women’s libbers’ to ‘riot grrrls’ — that have used the media to engage in feminist politics.

In Girls’ Feminist Blogging in a Postfeminist Age, Keller studied American teenage girls with feminist blogs and who engage online with platforms including Blogspot, Facebook, Twitter, and Tumblr. “In interviewing these girls and young women, aged 15 to 21, I found they really disrupt the dominant view that teenage girls aren’t interested in feminism,” says Keller. “Rather, they’re using digital media to educate their peers about feminism, connect with like-minded activists, write feminist history and make feminism visible within popular culture.” She concludes that girls and young women who are online have a crucial role in “a thriving contemporary feminism.”

The online world dispels another long-held myth about feminism — that its participants and advocates are devoid of humour. “I’m not sure where this reputation of being humourless and very unfunny came from," says Keller. "Feminists have used humour and a kind of playfulness as a way to engage in activism for a very long time.”

While actors such as Tiny Fey, Amy Poehler and Amy Schumer take their own brand of feminist comedy to movie and TV screens, millions of other non-famous, ordinary women express their humour on small screens.

The Twitter hashtag #SafetyTipsForLadies, for example, reveals a long list of sarcastic suggestions for women and girls to protect themselves from being sexually assaulted. “Women basically mock safety tips for ladies that are given out to prevent rape and in doing so engage in this critique of rape culture and sexism,” says Keller. Some examples:

In the same sarcastic vein, @notofeminism, a Twitter account run by Australian comedian Rebecca Shaw, makes fun of some of the public discourse around women and feminism. For example:

As well as Twitter accounts, memes and hashtags, bloggers have had a good run at ridiculing norms surrounding women and girls. In Girls’ Feminist Blogging in a Postfeminist Age, Keller finds a rich vein of “playful activism” in girls’ feminist blogs: for example, the 2010 Seventeen Magazine Project which was written by then 18-year-old Jamie Kelies. The blog documented the high school student’s one-month attempt to live “according to the gospel of Seventeen Magazine.” This included taking part in activities like “host a fright night, score your hottest summer hookup ever, be confident in a bikini.”

The blog received a lot of attention. “It was this very pointed political critique but done in a humorous way,” says Keller. “By following the magazine’s advice every day for a month she poked fun at how they constructed girlness and it opened the door for other girls to grasp, and think about the ways they were being represented in the media.”

Blogs, memes and hashtags that employ humour help make feminism accessible to all manner of people, says Keller. “This humour helps to bring in people who may not feel familiar with feminism or may not be familiar with some of the academic language and may feel a little bit alienated. It’s not some hard-core Marxist critique. It opens the door to get a range of people participating.”

Dr. Jessalynn Keller, PhD, is an assistant professor in the Department of Communication, Media and Film in UCalgary's Faculty of Arts. Her research interrogates gender politics and mediated identities within popular digital cultures, particularly in relation to contemporary feminist activism. Read more about Jessalynn 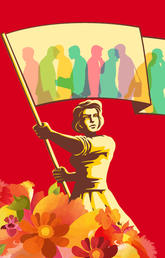 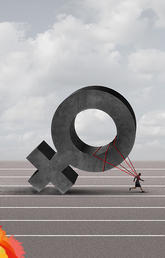 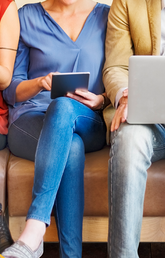 Is social media making us less civil? How digital platforms change the way we talk to and connect with each other 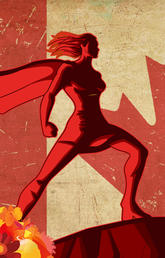 Never give up: A (short) history of feminism in Canada 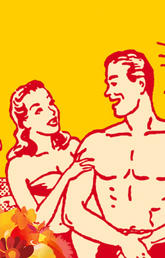