Of dogs and democracy: How the animals we live with influence our social structures

We don't often think of our pets and other animals as part of our societies, but research shows they play important roles in shaping public policy, how we get along with each other, and how we interact with our democratic institutions.

When the dog next door starts barking, waking you up the third night in a row, you call the city to lodge a nuisance complaint. The next day, you have a chat with the woman down the street who walks her mutt twice a day, giving them both much needed exercise and social contact. And you wave through the window at yet another neighbour, the senior across the way who dotes on three cats, two birds and a goldfish, sometimes giving up things he needs to afford his beloved companions.

Our dogs, cats and other pets are an integral part of our individual lives and our communities and therefore, our public life and our democracy. “If we presume animals have no place in society, in our public, then we ignore a lot of the photos on peoples’ phones and on their desks,” says Dr. Melanie Rock, PhD, an associate professor in the Department of Community Health Sciences in UCalgary's Cumming School of Medicine. “About half of all households in Canada include an animal — and that's a huge number. It's just not possible for dogs and other animals to be that popular or that common and not influence public life.” Our animals play an important role by influencing public decision-making, policies and institutions.

This notion takes us straight to the off-leash park. When the City of Calgary wanted to rezone an off-leash park in an affluent neighbourhood to expand an adjacent cemetery, the people who used the park kicked into gear speaking out against the change. They held and attended meetings, they talked with the media and they kept the pressure up until the City quashed the idea. In another case, in a less affluent part of Calgary, people who were opposed to a new dog park didn’t fare as well fighting City Hall. Residents faced a number of barriers in expressing their opposition to the off-leash park.

"Talking wasn’t enough,” says Rock, whose work combines anthropology, social work and health promotion. “You had to fill out a very lengthy form, either in person or online. If you didn't fill out the form, then you didn't have a voice or a vote.” Residents with language or technology barriers did not have their opinion considered when the City decided to allow off-leash dogs in their local park.

A lot of conflict between people that involves local municipalities has to do with animals — complaining about a yappy dog or reporting a neglected pet. But knowing whether to call the city, the police, or the Humane Society demands a certain familiarity with civic institutions and their roles and responsibilities. “Animal questions are inherently contentious in a lot of ways,” says Rock. “When we don't do a good job on these animal-related questions, it can tell us important things about how our democracy is working.” Or how it isn't.

Democracy, in turn, plays a role in our health and well-being. “Democracy is a major theme in the field of health promotion,” says Rock. “It’s about whether or not people can exert influence or outright control over the circumstances that ultimately influence their health status.”

Looking at pets through a democratization lens can serve as a sort of canary in a coalmine when it comes to our health and wellness.

“If a dog is living a good life, it's often because the person to whom they are attached is living a good life: good quality food, good quality housing, medical attention and so on,” says Rock. But it can be a different scenario for people and their pets living on lower incomes. They may have trouble finding a place to live that will allow pets, struggle to pay for a veterinarian’s care, or not have enough money to buy nutritious pet food. Lower-income pet lovers may not live near green spaces where they can exercise their dogs. All this can add up to “living in not very good circumstances.” These circumstances, in turn, can lead to poorly behaved animals, complaints and pet seizures.

Losing a beloved pet can sever an important emotional bond, increase social isolation, and affect people’s mental health and well-being. “For people to have animals taken away and really not fix the problems that led to at least the appearance of neglect is itself a form of neglect,” says Rock. “Is it possible to really just focus on the welfare of animals and removing animals from poor environments? Or do you have to focus on enhancing the environment as a whole?” They are big questions. And they require more holistic answers with a One Health approach.

The well-being of pets is usually a reflection of where they live.

The Faculty of Veterinary Medicine has regular clinics with CUPS, the Calgary Urban Project Society,  providing free veterinary care for pets of CUPS clients living below the poverty line, as part of a service learning program that gives third-year veterinary students professional skills experience. Rock recalls meeting a CUPS client who had spent years living on the street and had recently been placed in housing. He mentioned to her that he had a cat. “That cat could help with a sense of security and a sense of achievement and a routine. There's something other than yourself,” says Rock. “With regard to mental health, it's not always that clear-cut, that somebody can't take care of a dog or cat shouldn't have one, because sometimes they are actually the people who really need them, but they may not be able to do it all themselves.”

When a dog bites

We know that dog bites are a leading cause of injury in children under the age of 10 in Canada, and that Indigenous children are at an even higher risk of being bitten. It also appears that the lower the income in a community, the more likely people are to be bitten by a dog.

Rock and her colleagues explore how the media cover dog bites in Calgary. Results show that certain breeds of dogs, and certain communities, make the news more often than others. “The way that it tends to be presented to the public is ‘a pit bull bit this child.’ And when it's not a pit bull, when it's a Labrador retriever, they may not even cover the story. We’ve been told that the part about the dog’s breed or appearance may not be very interesting in that case.”

In pets as it is in politics, the media play an important role in our democracy. Predictably, after any story hits the news of a pit bull biting someone, there is a public outcry and a renewed call for banning the breed. “If we present problems to the public in certain ways, then we also invite certain kinds of remedies,” she says. “We should be asking whether or not those remedies actually correspond with the causes of the problem.”

Do all rescue dogs need rescuing?

Every year, thousands of dogs are taken in from Indigenous communities across the country, fostered, and adopted into new homes. While some groups are quick to rescue the dogs, we may be less likely to explore the role dogs play in the community, or address the attachment someone may have to a dog.

Researchers from the University of Calgary are exploring solutions, including more access to spaying and neutering, vaccinations and education programs as part of a long-running outreach program in the Northwest Territories.

“Indigenous communities are saying they have some problems with the dogs, including over-population and aggression and so on. But if I have a problem with aggression in my dog, I have access to training at $100 an hour to try to repair that problem before putting down or re-homing the dog.” Those solutions aren’t available in most Indigenous communities.

Rock and her colleagues also question quick, blanket judgments about the quality of life for dogs spending their days tethered to a chain or clothesline in an Indigenous community. “We’ve decided that's a bad life," she says. "Yet my family dog is at home inside of a box right now. Seemingly we don't have a problem with that.

"We have our own standards, our own ideas about what constitutes animal welfare, and often we're opposing other ideas without necessarily really thinking it through.”

One dog for every 10 citizens

When you live in a city like Calgary, where there is one dog for every 10 people, there is little surprise that a large number of conflicts and complaints to the city are about animals. While there are shared risks that come with the city’s tens of thousands of pets, there are also shared benefits, such as decreased social isolation for thousands of people that leads to increased well-being and healthier communities.

The vast majority of dog owners in Calgary — up to 90 per cent — license their pets, paying about $40 a year to attach a little silver tag to their dog’s collar. Cat owners’ compliance is lower, about 50 per cent, yet still considered high. The fees pay for human/animal services across the city. “Calgary is considered to be, in many respects, a model municipality in terms of how we deal with human animal issues,” says Rock. “It's not just about protecting people from animals. There’s also the feeling that if we don't protect the welfare of animals, we're going to end up with problems.”

While many of the animals among us live wonderful lives with plenty of exercise in green spaces, affection from their people, proper nutrition, and timely medical care, many do not. The state of the pets among us is a reflection of the state of our democracy in action, says Rock. “There's not one player or one decider. There's a range of potential options and actors. Each has some influence, but can't do things all by themselves.

Dr. Melanie Rock, PhD, is an anthropologist and social worker whose research focuses on the societal and cultural dimensions of health, with an emphasis on the importance of animals for mental, physical, and social well-being. She is an associate professor at the University of Calgary, where she serves as associate scientific director in the O'Brien Institute for Public Health. Melanie is also an adjunct associate professor in the Faculty of Veterinary Medicine's Department of Ecosystem and Public Health. Read more about Melanie 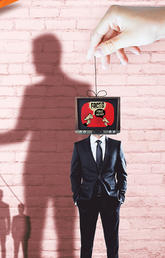 How fake is your news? Safeguarding democracy in the digital age 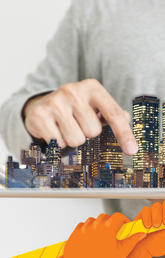 What’s Canada’s place in the new world order? The state of democracy and Canada’s international relations 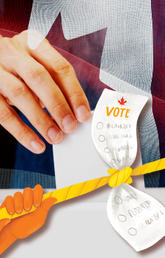 What’s the power of one voice? Democracy in Canada and questioning the illusion of the inevitable 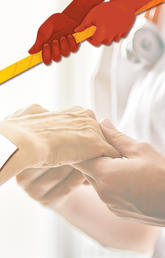 Democracy in health care: The healing power of equality 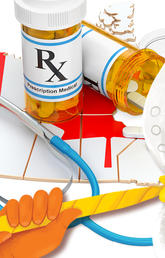