Why is depression so common? Shining a light on the world's leading cause of disability

Depression is a serious mental disorder that affects millions of people worldwide. UCalgary researchers are developing innovative techniques and treatments to tackle this debilitating illness.

Dr. Keith Dobson, PhD, is a professor of clinical psychology who leads UCalgary’s Depression Research Laboratory and heads the Department of Psychology. When Dobson was a teenager, though, his family lived on a farm north of Edmonton, and his father had a drinking problem. The farm work began to slip. Things began to fray. His father became distant, staying to himself, and then increasingly absent.

Though he didn’t know it at the time, Dobson was witnessing his father’s descent into depression. “Looking back on it, my father was significantly depressed,” says Dobson. “The extreme avoidance and isolation were the key features of depression that I would recognize now.”

The teen left for university in 1970, when he was 16, beginning a lengthy and celebrated academic journey that took him to the University of Calgary and to the forefront of depression research in Canada.

Dobson knows now that while everyone faces ups and downs in their lives, clinical depression is a common, devastating mood disorder and serious medical illness.

While depression casts a long shadow over society, it defies a uniform approach. There are various causes, multiple symptoms and separate treatments.

“You have to look at depression on a case-by-case basis,” says Dobson. “It’s like that old parable about the group of people with their hands on the elephant. We all see different sides of the experience and tend to focus on the ones we think are the most important. So psychologists will emphasize psychological factors.”

But there is no single cause for depression. Biological factors can include genetics, chemical imbalance in the brain and hormonal changes. Psychosocial risk factors can include early life experiences and events, negative thinking and behaviour styles, and inadequate social support.

Possible symptoms of clinical depression include:

Dobson has helped to pioneer Cognitive Behavioural Therapy (CBT), a treatment for depression now used worldwide, with his landmark studies and clinical trials. CBT helps patients identify negative thoughts and enables them to overcome them with strategies.

In New Frontiers in Cognitive-Behavioural Therapy for Depression (International Journal of Cognitive Therapy, 2016), he observes that clinical depression is one of the most ubiquitous and pernicious of the various forms of mental disorder, recognized as far back as Greek civilization and re-emerging in the Middle Ages, when melancholia was identified.

In our fast-paced, volatile and swiftly changing modern world, the focus on depression is timely. We need look no further than Calgary and the faltering economy to see the harsh effect on families and individuals. As detailed by Calgary Counselling Centre CEO Robbie Babins-Wagner in The Calgary Herald, when oil has gone down, mental distress has gone up.

“Disturbing numbers tell the story of the economic downturn on our friends, colleagues and neighbours,” says Babins-Wagner. “Our evidence-based measure is showing increased rates of depression and other mental health challenges in our community.”

The nearly 9,500 who sought help from the centre in 2016 was a 23 per cent increase over 2014. “Stress and anxiety are flooding our community. Rates of depression, suicide and mental illness are rising.”

Yet, there is good news, says Babins-Wagner: “Depression is highly treatable. In fact, it’s the most treatable of all mental health problems, and the faster you seek help, the faster and better the results.”

As an advocate for mental health care, Dobson is trying to improve access to psychological services. One of the many areas in which he’s actively involved is examining the ways that family physicians on the front lines deal with depression in their patients. He believes scientific organizations providing evidence-based treatments can help raise physicians' awareness of the problems.

“One of the things we know from research is that one of the most stigmatizing groups can be doctors, who don’t necessarily know the right or optimal treatments for depression,” says Dobson, who is principal investigator for the Opening Minds initiative by the Mental Health Commission of Canada. “So helping physicians get to know the symptoms better can help them get their patients the best care.”

Given the challenge, there are practice guidelines in development at the Canadian Psychological Association, says Dobson.

On the one hand,  there is a wide financial cost to depression. Daily, half a million Canadians are absent from work due to mental health problems, costing the Canadian economy at least $33 billion. On the other hand, when we view the cost on a more personal level and narrow it to one struggling person, there is the horrible potential for self-harm or suicide.

The Opening Minds Project aims to take the stigma out of mental illness.

“There is the perception that the person who is depressed is not helping him or herself, so there is a negative judgment made about that,” says Dobson. “That is part of the stigma. We see other people as ‘not like us’ and with that psychological distance, you tend to put down or stigmatize the other person.”

At one of UCalgary’s most prestigious academic platforms, the annual Lecture of a Lifetime, Dobson highlighted the need to build valuable relationships with his colleagues and within the larger community.

Understanding that depression can be approached in various ways, one of UCalgary’s strengths is its interdisciplinary model. Kinesiology, nursing, social work, education, medicine and psychology are pushing forward with new perspectives.

“The fact that the university has an integrated brain and mental health strategy helps with the more holistic approach,” says Dobson. The Brain and Mental Health research strategy, launched at the university in May 2015 and led by the Hotchkiss Brain Institute, aims to spark discoveries and treatments.

Understanding the psychology of depression

It's well-known that people with depression tend to see the world more negatively than others.  In a large recent study completed by Dobson and and fellow psychology professor Dr. Christopher Sears, PhD, biased attention was examined through an eye-tracking paradigm that precisely measured shifts in attention. They found that people with a history of depression, when placed in a temporary sad mood, had attentional biases that looked remarkably similar to those of currently depressed participants.

“Our results strongly suggests that attentional shift is not just a result of being depressed, but a possible risk factor for becoming depressed.” says Dobson.  This research helps to support other studies that are using attentional retraining as a treatment for depression.

Results such as these underscore just how complex a problem like depression is, and how a range of biological, psychological and social factors have to be considered when discussing such an important health problem.

Deep Brain Stimulation (DBS) is a new experimental treatment spearheaded by UCalgary researchers. Surgically implanted electrodes that convey pulses in the brain are being tested on people with severe depression who have not responded to other treatments.

The UCalgary researchers aim to find the optimal levels of stimulation that will boost the treatment’s effectiveness.

“We get a lot of self-referrals, so the majority of the patients are referred by themselves or the family,” says Dr. Raj Ramasubbu, a professor in the Cumming School of Medicine (CSM) professor, an Alberta Health Services (AHS) psychiatrist, and a member of the Mathison Centre for Mental Health Education & Research. Ramasubbu is a co-principal investigator in the study along with Dr. Zelma Kiss, a CSM associate professor and AHS neurosurgeon. “Although it is an invasive procedure, patients are willing to come forward to take this treatment, because they are desperate and they want to try and get help,” he says.

As a researcher, Dr. Ramasubbu leads the clinical and imaging aspect of DBS research in depression. As a psychiatrist, his role is to identify the patients, do the proper assessment and then do the follow up. He looks at the improvement efficacy, as well as any side effects, and providing proper care for people who don’t respond.

Out of 225 referrals, 22 patients were recruited. The full results of the study will be available in late 2017 or early 2018, he says. New DBS studies will follow.

Looking at depression in the brain

UCalgary Associate Professor Dr. Andrea Protzner, PhD, has run a high-resolution electroencephalography (EEG) lab to probe how cognitive operations emerge from brain functions in both the intact and the impaired brain. The research could benefit people who have Major Depressive Disorder (depression), as well as people who have epilepsy.

Depression is a leading cause of disability worldwide, and although treatment can be effective, there is still a high rate of nonresponse or relapse, up to one-third of patients, says Protzner.

“This suggests that there is a need for further development of our current understanding of depression and its treatment,” she says. “Because it is widely seen as a brain network disorder, examining communication within and between brain regions may help us achieve a better understanding.”

Her research has two aims. First, to characterize brain networks in terms of their integrity and functional capacity in an effort to identify potential indicators of illness, and subsequently of therapeutic success. Second, to identify differences in these network characteristics based on the patient’s age and illness history at treatment initiation.

“This research is an important step towards developing individual neurodiagnostics, which would have direct impact on patient care,” she says.

Dr. Keith Dobson, PhD, is a professor of clinical psychology who leads UCalgary’s Depression Research Laboratory and heads the Department of Psychology. His research interests are in clinical psychology, cognitive behaviour therapy, depression and psychopathology. View his publications

Dr. Andrea Protzner, PhD, is an associate professor in UCalgary's Faculty of Arts. Her research interests are in cognitive neuroscience, neuropsychology, and brain disorders including depression and epilepsy. View her publications 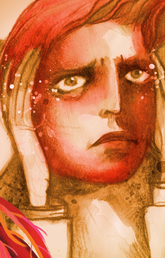 Are your dreams over if you fail that exam? Finding ways to overcome anxiety disorders in schoolkids 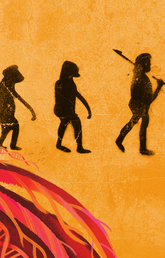 Can a little anxiety be good for you? A look at different types of anxiety and what makes them disorders

Depression: A beginner's guide to symptoms and treatments

Clinical depression: what you need to know