Yet they aren’t seeing the estimated $100-billion monster that’s right in front of them. A Frankenstein comprised of the worst failings of interprovincial trade, it takes big bites daily out of the Canadian economy.

These barriers between provinces make goods and services more expensive and, at the same time, lower incomes. The two factors combined result in a three- to seven-per cent hit on the average Canadian’s pocketbook, Tombe adds.

It’s as if you’re paying an additional GST without ever seeing it rung in at the cash register.  If the GST were doubled, a national outcry by embattled consumers would be almost guaranteed. Yet the internal trade problem flies under the radar, even as it dwarfs other financial concerns.

The solution is to knock barriers down — though that’s a lot easier said than done.

Until now, attempts to quantify the costs of these trade barriers have been all over the map. A CTV news story in 2014 showed that estimates by various government agencies and think tanks ranged from $2 to $50 billion.

“Estimating how costly it is to trade between provinces and quantifying the effect of these costs on the Canadian economy is very difficult,” says Tombe, whose examination of inter-provincial trade barriers with Lukas Albrecht has been published in the Canadian Journal of Economics. “In fact, this is the only piece of research that I know of that does it.”

Tombe and Albrecht used modern theoretical tools and innovative means of interpreting data to generate a fresh perspective on the costs and economic effects of internal trade in Canada. Their research suggests that removing internal trade barriers would cut red tape, improve the national economy and bolster Canadians’ buying power.

The work Tombe and other researchers are doing at the University of Calgary shines a spotlight on this and other thorny economic issues, encouraging discussion and debate.  Given the sheer size of the internal trade problem, there is a lot for everyone to chew on.

While Tombe is an economist and an observer, not an advocate, he does acknowledge the first step for Canadians is to simply increase their own awareness of the problem.

“Our estimates suggest internal trade liberalization could add $50 to $130 billion to Canada’s overall GDP — in line with government estimates of $50-billion in potential gains,” says Tombe. “Improving the internal flow of goods and services within Canada should be a priority.”

It’s important to recognize that businesses are hurt as well. Costs get magnified when, say, companies buy equipment.

Consider when you go to a restaurant for a meal. If a restaurant buys ingredients to make a meal or furniture to improve its décor, it all adds up to increased costs and, usually, higher costs are passed on to customers.

“The headaches and costs for a small business trying to do business in different jurisdictions are astounding.”

Small business owners are frustrated by the bureaucratic hurdles they have to try and overcome, says Richard Truscott, vice-president, Alberta, for the Canadian Federation of Independent Business (CFIB), which represents more than 109,000 small business owners from coast to coast.

“The headaches and costs for a small business trying to do business in different jurisdictions are astounding,” says Truscott, BA’90. “When business owners are busy filling out forms and ticking boxes, then they aren’t doing what they should be doing: building businesses, creating jobs and helping the economy.”

The New West Partnership Trade Agreement, forged by the premiers of Alberta, Saskatchewan and British Columbia in 2014 in an effort to make trade in the west more open, has been a good start, says Truscott, but more work is needed across the country to improve the situation.

So why do provincial impediments to internal trade persist?

Provincial politics and the strategic wielding of territorial powers help to drive a wedge between the free flow of goods and services within Canada, forcing higher costs, according to ATB Financial’s Chief Economist, Todd Hirsch, MA ’93.

“$100 billion sounds about right in terms of the magnitude,” says Hirsch. “We have to let go of our provincial attitudes and think instead about the national self-interest. If we can simplify, improve efficiencies, and open up trade between provinces, we’ll all benefit.”

“When you think about how we have 13 jurisdictions, it can present 13 hoops for investors to jump through.

A national securities regulator is one example where efficiencies can be gained both internally and internationally, Hirsch says. There are currently 13 provincial and territorial securities commissions overseeing Canada’s capital markets.

“I think we need just one (regulator),” says Hirsch.

“When you think about how we have 13 jurisdictions, it can present 13 hoops for investors to jump through. This is something we have to get over.”

When you go to the grocery store, you’re feeling the pinch of more than the low Canadian dollar. You’re paying hundreds of dollars more for groceries this year because of inter-provincial trade roadblocks and speed bumps.

Deals on vegetables and fruits being offered by grocers across Canada in an increasingly competitive market are sometimes used as loss leaders. Grocers are fighting for market share with weekly “produce picks” as the loonie stays low against a backdrop of high food prices.

Doing a quick, back-of-the-envelope calculation, Tombe estimates the average Canadian household spends just under $8,000 on food and just over $3,500 on clothing annually. His research paper shows trade barriers add six per cent onto food and clothing – a hit to the pocketbook of at least several hundred dollars.

His research paper shows trade barriers add six per cent onto food and clothing – a hit to the pocketbook of at least several hundred dollars.

Groceries are a household budget item most consumers readily understand, so they are worth considering as a means to explain hidden costs. Yet they are just a relatively small example of the many ways internal trade costs add up, explains Tombe.

His research found roughly 60 per cent of all goods exported from a province are sent abroad and 40 per cent are sent to other provinces, though there are differences between provinces. At the high end, 22 per cent of Saskatchewan’s output is exported abroad, compared to only 10 per cent of Nova Scotia’s.

For some regions, internal trade is even more important than external. Manitoba exports 13 per cent of its output abroad and 15 per cent to other provinces.

The importance of internal trade is largest for food and beverages, with more than one-third of output exported to other provinces, but less than one-quarter exported abroad, says Tombe. Internal trade is also much more important than international trade for service sectors such as finance, communications, transport and storage, wholesale and retail trade. These numbers clearly illustrate the magnitude of internal trade and the need to address resulting costs.

What is a trade barrier?

So where do we find these trade barriers? When you buy food or booze from another province, or just try to get a car certified when you relocate from one province to another, internal trade costs pose a financial problem. Any time provincial rules penalize producers from somewhere else, that’s a trade barrier. Any time a province prohibits you from, or charges you for, buying a good or service from somewhere else — that’s a trade barrier.

A well-known example of a barrier to internal trade is Quebec's so-called “margarine war.”

The province is home to almost half of Canada’s 12,500 dairy farms. For 21 years, it regulated the colour of margarine, requiring it be lighter or darker than butter.

The rule effectively forced margarine manufacturers to make a separate product just for Quebec, meaning vegetable oil producers in Western Canada faced a huge hurdle as they competed against butter producers in the province.

A dispute settlement panel of the Internal Agreement on Trade found more than 10 years ago that the margarine rule was indeed a barrier to inter-provincial trade, yet Quebec paid heed to the ruling only recently.

International trade and its costs receive substantial attention by researchers, policy makers and the public, while internal trade receives little.

Even so, the effect of barriers to trade within Canada and other countries is beginning to slip into the spotlight, largely due to recent theoretical advances and the availability of high-quality data on interprovincial trade costs, he adds.

Australia has effectively reduced its barriers to internal trade and has become a gold standard for countries like Canada to consider.

The 2014 Canadian Premiers at the Council of the Federation conference reported that a new Agreement on Internal Trade would be ready by March of this year. It hasn’t happened. Instead, when the premiers met in Vancouver, the main topic was carbon pricing, not internal trade.

There has been no indication at the government level when a new agreement might be reached.

Since this story was written in May 2016, Canada's 13 premiers signed the Canadian free trade agreement (CFTA), which entered into force on July 1, 2017.

Dr. Trevor Tombe, PHD, is assistant professor at the University of Calgary’s Faculty of Arts. His research interests include international economics, macroeconomics and economic growth and development. Find a listing of Trevor's academic papers here. 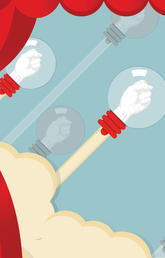 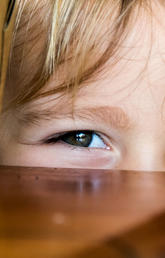 What's the ROI on children's mental health? How every discipline can benefit from entrepreneurial thinking 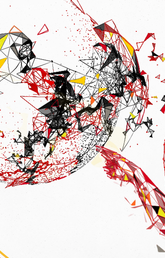 Can a university lead a digital revolution? Educating a workforce in a hyper-connected world

How much confidence is good for you?