UCalgary scholars study the universe at its most fundamental level, including how to find and measure antimatter, how to build quantum computers, how to make teleportation possible, and even how our brains communicate.

According to modern physics, the universe should be made up of equal parts matter and antimatter.

“But as far as we know, everything in the universe around us is matter,” says Rob Thompson, professor of physics and astronomy in UCalgary’s Faculty of Science. “So where is the antimatter?” Answering that question will help us fully understand our physical world including the origin, evolution and, ultimately, the fate of the universe.

Classical physics looks at the properties of matter and energy that we can see and observe, whereas modern physics deals with atomic and subatomic particles, where many of the laws of classical physics no longer apply.

Albert Einstein formulated the theories of relativity and the quantum theory of light to explain environments in which classical physics laws no longer work, Thompson says. Quantum science studies the properties of photons, which are the smallest quantifiable particles of light. Quantum science could lead to applications we haven’t even imagined. “[Einstein] didn’t invent quantum knowing from that, we were going to get lasers and semiconductor transistors,” says Thompson.

“The world is really quantum at a fundamental level,” says Barry Sanders, professor in the Department of Physics and Astronomy in the Faculty of Science and director of the Institute for Quantum Science and Technology (IQST). IQST focuses on researching quantum information related to photons – the elementary particles underlying the properties of quantum mechanics.

“Most people don’t realize when they’re buying groceries and using a bar-code scanner, the laser scanning is operating on quantum principles,” says Sanders.

“Fundamentally, we’re questioning the very foundations of physics,” says Thompson. “We’re not aiming to destroy physics or to prove physics wrong. We’re aiming to find the pieces that are missing.”

Tiny things are changing how we understand our universe in a big way.

Quantum principles are at work in many aspects of our daily lives.

Measuring antimatter and the quantum world

Quantum physicists have a theoretical model that explains much of the quantum world.  ALPHA, an international collaboration of about 50 scientists, is running experiments at the CERN particle physics laboratory in Geneva, Switzerland, to test and measure the ‘mirror image-ness’ of matter and antimatter.

“We have the potential of actually impacting the evolution of physics, of our understanding of the physical world in a real way,” says Thompson. “What attracted me to ALPHA’s work is the idea of being able to actually do measurements on antimatter that have never been done before.” ALPHA’s most recent accomplishment is measuring a frequency of light or optical ‘fingerprint’ of an antihydrogen atom for the first time.

“The laser spectroscopy technology that we use allows us to test the very foundations of physics," Thompson says. "We’re trying to figure out where the inconsistencies in the laws of physics come from and how to fill them – it’s the additions to the foundations of physics that transform the world around us. Until 1905, it was believed that physics explained everything. Fifty years later, we’re building lasers. It’s that pushing of the very foundations of science that is driving the spectroscopy work that we’re doing. The uniqueness of ALPHA is not the studying of the sub-atomic antimatter particles separately, but rather that we are studying these particles put together into antiatoms, something that humans only first achieved 20 years ago.”

However, he says, “we’re still a long way from Star Trek’s world,” where antimatter reactors power intergalactic starships. “If you were to use the energy stored in antimatter at the rate we’re generating it right now, it would take tens of thousands of years to boil your cup of coffee.”

Thompson predicts the techniques ALPHA’s team is using to store and manipulate antiatoms “aren’t going to be any different when people are handling large amounts of antimatter.”

They’re working on another apparatus to measure whether dropped antimatter will fall exactly like matter in Earth’s gravity.  ALPHA-g may be in operation at CERN by the fall of 2018, with the first measurements beginning a few months later.

Our ability to harness antimatter is limited.

Over the decades, we have come to depend on computer power doubling every 18 months or so, a principle known as “Moore’s law.” But this exponential growth in the number of transistors that can fit on a microchip is not sustainable. It will end.

“Quantum information could show a path to better performance in computing,” says Sanders, who researches quantum computing and communications—the intersection of computer science and physics.

As IBM and Google work on designing quantum computers, Sanders’ research is finding ways to make quantum mechanics less fragile so that quantum systems can work on a larger scale than the atomic and subatomic level, a necessity for quantum computers.

He’s pioneering the application of machine-learning, a type of artificial intelligence, to design controls for quantum systems. This work involves using reinforcement learning techniques like those used to  train computers to win at board games.

In work published in the journal Science, Sanders and his colleagues showed for the first time that two quantum bits of information, called qubits, can share photons, or light, in a quantum system. “That work was a significant part of advancing the field of quantum computers,” he says.

In earlier work, Sanders and colleagues demonstrated an efficient way to use quantum mathematical algorithms in a quantum computer to simulate the quantum properties of nature. “The techniques that we showed helped to design algorithms that can do a good job on small quantum computers,” Sanders says.

He’s investigating algorithms using quantum “wavelets,” a compact way to represent information. These algorithms would be run in a quantum computer for simulating extremely complex, multi-scale quantum systems in nature – the early stages of the universe, for example.  Quantum applications, if they work, will change the nature of computing and communications.

Quantum computers could process vast amounts of data much faster than today’s machines, which could lead to advances in everything from pharmaceuticals to ‘intelligent’ fertilizers for crops.

Tittel’s work includes developing encryption keys – called quantum key distribution – to make electronically transmitted information much more secure.  “This is very important because we know that a quantum computer will break currently used encryption practices,” says Tittel, the InnoTech Alberta (previously Alberta Innovates) Strategic Chair in Quantum Secured Communication. “If we don’t watch out, then in a couple of years we will not be able to send anything that should be private or secret across the internet or using electronic communications.”

Tittel was among the first quantum physicists to demonstrate quantum communications outside the laboratory, by sending so-called “entangled” photons over six kilometres. “It demonstrated that entanglement is robust and that you can use it for applications,” he says.

He and his research group have transferred the state of such protons onto custom-made crystals cooled close to absolute zero temperature – essentially a solid-state, quantum ‘hard disk’ for storing and retrieving information.  In related work, a Canadian-Russian team of quantum physicists, led by Alexander Lvovsky, professor of physics and astronomy, developed a quantum method to repeatedly construct larger and larger quantum states of light, called a “superposition.”

Tittel and his group were the first to teleport a quantum state across a metropolitan communication network. That research, done in collaboration with the City of Calgary, used a standard, dedicated optical fibre cable. He’s working on showing that it’s possible to have classical and quantum communications simultaneously, which will be crucial for using initial quantum networks.

“We emphasize the real-world applications,” says Tittel. “We do a lot of testing and demonstrations outside the laboratory, using standard telecommunication networks. Having the City of Calgary as partner makes this place unique.”

Quantum science could help us understand how the brain communicates.

What if the brain had its own ‘fibre optic network?’

Researchers have proposed that the human brain may use elementary particles of light, or photons, guided across axons, or nerve fibres, that connect nerve cells, or neurons – essentially creating a fibre optic network in the brain.

“I am looking for quantum effects that might be present in the human brain and may be related to consciousness,” says Christoph Simon, professor of physics and astronomy, one of the authors that published a paper in Nature’s Scientific Reports. “It could be that some of the mysterious features of quantum physics are responsible for some of the mysterious features of the brain.”

Simon is collaborating with Michael Colicos, a neuroscientist at UCalgary who can grow neurons on a microchip tro develop experiments that can test these theories. “If we don’t look for it, we won’t find it,” says Simon. “So let’s try.”

But other researchers are investigating whether quantum physics is involved in the brains of birds, in their ability to sense and navigate by magnetic fields. And some scientists think quantum physics may play a role in photosynthesis, which is how plants convert sunlight to energy.

“The brain uses electrical signals and this is how messages are sent and received through the body’s nervous system,” says Simon. “But we know that there are also photons present in the brain, and photons are really good for sending signals. It would seem natural for evolution to have found that as well.”

This line of research may one day shed light on how the brain produces the state of consciousness.

Explore our physics and astrophysics programs

Rob Thompson is a professor in UCalgary’s Faculty of Science and is currently the Assistant Head and Undergraduate Program Director for the Department of Physics and Astronomy. He is also an affiliated faculty member at the Institute for Quantum Science and Technology. His research interests include ion trapping, laser cooling and sympathetic cooling of ions, mass spectrometry of trapped ions, studies of stable and unstable ionic isotopes, and more. Read more about Rob

Barry Sanders is a professor in the Department of Physics and Astronomy at UCalgary’s Faculty of Science and director of the university’s Institute for Quantum Science and Technology. His current research interests include nonlinear quantum optics, algorithmic quantum simulation, coherent quantum transport in protein complexes and implementations of quantum information. Read more about Barry

Wolfgang Tittel is a professor in the Department of Physics and Astronomy at UCalgary and holds the ATIF Strategic Research Chair in Quantum Secured Communications (QSC). His research interests include practical quantum cryptography, quantum memory, quantum repeaters, and quantum networks. Read more about Wolfgang

Christoph Simon is a professor in the Department of Physics and Astronomy at UCalgary and is part of the Institute for Quantum Science and Technology. Christoph has made significant contributions to the fields of quantum optics and quantum information, often in the form of proposals for experiments or experimental research programs. He currently runs a theoretical quantum optics research group. Read more about Christoph 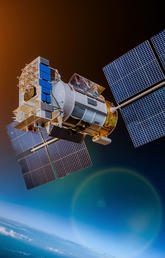 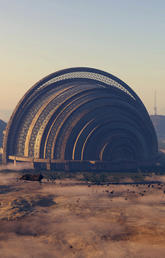 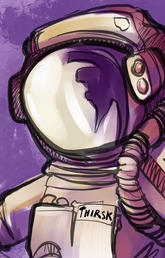 Making an astronaut: When dreams lift off into reality 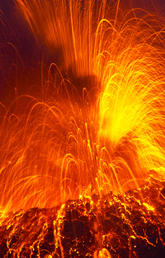 Our place in the universe: The origins and evolution of Earth

Solving the mysteries of the quantum world